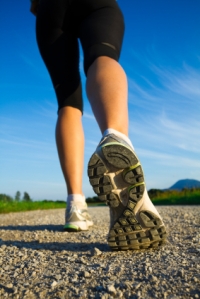 This Summer Olympic season seems like a good time for non-runners to declare themselves.

So, I do declare. Proudly. Boldly.

My reasons are straightforward enough:

I’ve heard about how to overcome all these issues, but I’m not interested because the overcoming strategies sound equally painful, sweaty, exhausting, and bor(yawn)ing. I’ve also heard about all the amazing benefits of running, including the euphoric runner’s high that one eventually achieves (at some point after the aches, sweat, exhaustion, and boredom, which seems a little late, don’t you think?), but I have a secret stash of dark chocolate which offers plenty of benefits, thank you.

My running friends swear that running is the best thing ever. But I just recently discovered the joys of hard-steamed eggs – no green gunk around the yolk and a peel that literally slips off – so, sorry, but “the best thing ever” has already been spoken for.

My running friends assure me that running is good for whatever ails me. But I have a giant soaking tub – and approximately 837 books – so, sorry, but “whatever ails me” already has a remedy.

My running friends promise that I’ll love running if I just give it a try.  But I have tried it, on no less than three different occasions (as a kid – the obligatory “I want to be an Olympian” phase; as a mom-of-toddlers – the obligatory “I’m getting back in shape” phase; last year – the obligatory “I’m still getting back in shape” phase) all of which ranged from lackluster to dismal failure (not an Olympian; got in shape but killed my shins on the pavement; flew off the treadmill while adjusting the speed and incline) so, sorry, but “giving it a try” was a great big downer. Times three.

So with all the other non-runners of this world, I declare this:

And that’s just fine with me.

NB: For those who are tempted to read into this post some sort of veiled analogy about the recent culture wars, please don’t. There isn’t one. Truly. This is really just about being a non-runner. A content non-runner. A bookish, J.S.Bach-ish, nap-ish non-runner. A devoted, devout non-runner who, nonetheless, is glued to the media coverage of every single Olympic running event. Huh. Life is funny like that sometimes.